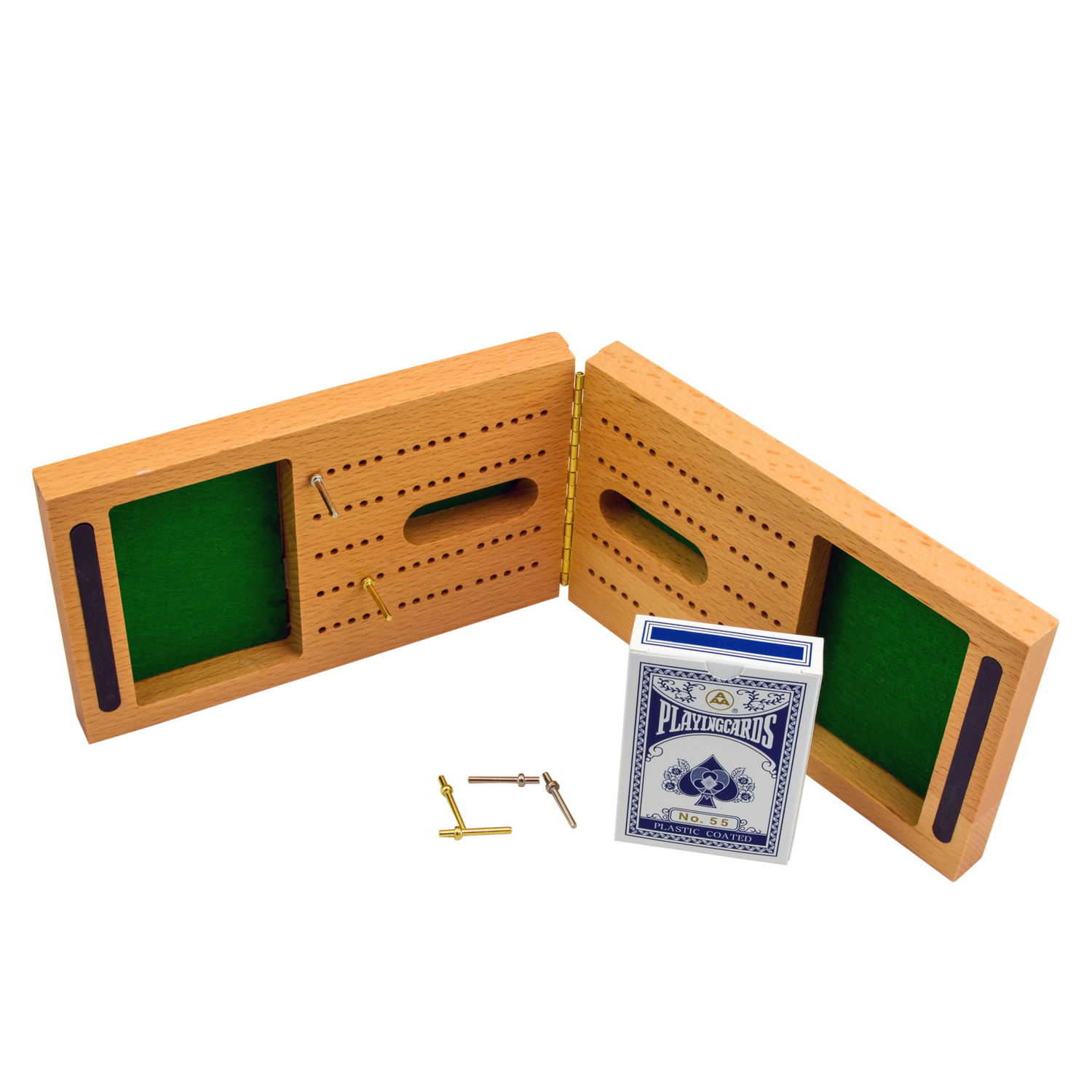 Cribbage remains one of the most popular card games in the English-speaking world. The game is thought to have been invented by Sir John Suckling, an English Poet, who changed the rules of an earlier game called Noddy. Sir John was a wealthy, well-traveled Casanova with a notorious sense of humor. His biographer said of him: The greatest gallant of his time, the greatest gamester both for bowling and cards, so that no shopkeeper would trust him for sixpence. The game of cribbage remains his legacy, and is enjoyed largely throughout the English-speaking world and is a popular pub game.

Save this product for later